News - What is your garden trying to teach you?
veda-dante-dahlia-flower

What is your garden trying to teach you?

Jenny Westdorp, February 2017
Flowers, plants and herbs in their myriad shapes, smells and colours lend their delicate beauty and aroma to any setting, but did you know that they have a secret language? What they look like, where they grow and even how they move has fascinated people for centuries, with everyone from 15th Century botanists to modern scientists captivated by the concept that they can communicate with the world around them. The language of flowers, which is known as floriography, attributes meaning to certain species based on their appearance or behaviour. A well-known example is the red rose, which symbolises love and desire (making it the number one choice for Valentine’s Day), whereas white roses signify purity and innocence and yellow roses represent friendship, joy, and the promise of a new beginning. Australia is represented by the Golden Wattle and each state and territory has its own flower including the Waratah for NSW (hence the name of NSW’s state rubgy team), Common Heath for Victoria, Cooktown Orchid for Queensland, and so on.   [caption id="attachment_7003" align="alignnone" width="690"] 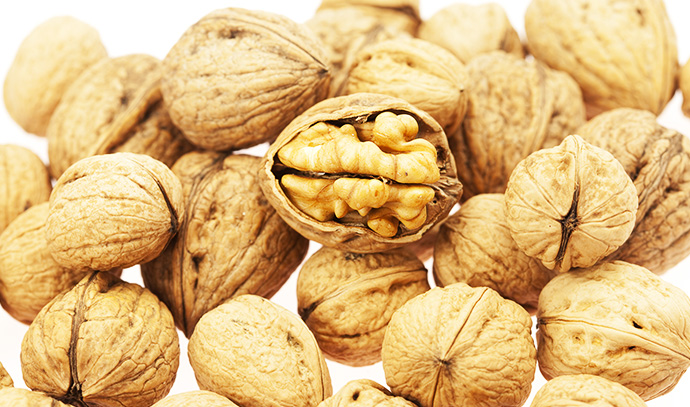 A 2012 Journal of Alzheimer's Disease report found that eating walnuts was associated with better memory and brain function.[/caption]

There’s also a school of thought harking back to the time of Dioscorides, an ancient physician, pharmacologist and botanist from c. 40 – 90AD, called the Doctrine of Signatures. The theological reasoning was that God marked plants with a sign or signature to indicate what they could be used for. Therefore, plants that looked like certain body parts could be used to treat ailments affecting the corresponding body parts. Accordingly, walnuts, which look like a brain with a left and right hemisphere and upper and lower cerebellum, could be used to treat brain issues. Extraordinarily, a 2012 Journal of Alzheimer's Disease report found that eating walnuts as part of a Mediterranean diet was associated with better memory and brain function, so maybe they were onto something! This theory is reflected in the common names of some plants even today, including: Of course, contemporary medicine has come a long way since then and the theory has mostly been debunked, but today the idea of ‘like cures like’ forms the basis of modern homeopathy.   [embed]https://www.youtube.com/watch?v=JHT88q2V8WE[/embed]

The idea that plants communicate continues to inspire and divide scientists. According to this Australian Geographic piece, research has shown that plants "can sense gravity, light, temperature, soil quality and moisture content, the presence of micro-organisms, and signals from other plants." It's a fascinating concept that can teach us more about ecology, and ourselves.
Back to top