Breathe life into dull corners of the house

Phyllis, November 2016
Dead zones - every house has a least one. It’s the place where décor dreams come to die. The awkward corner or space where nothing happens, nothing fits, and we hope visitors don’t notice. But fear not. With a little imagination it’s possible to breathe life back into these dreary spots and turn prosaic into pizzazz.   [caption id="attachment_6225" align="aligncenter" width="690" class=" "] 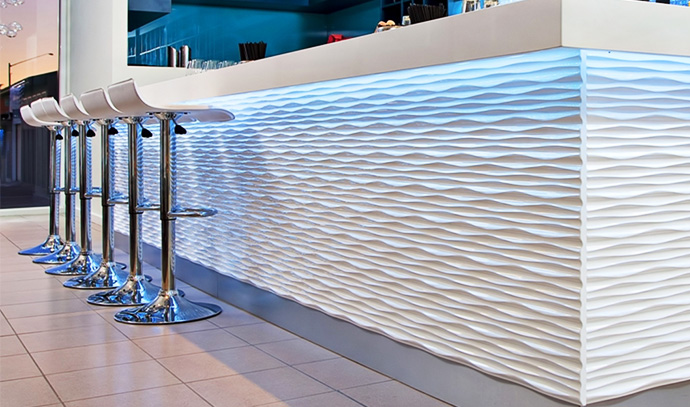 3D Wall Panels to be precise. They’re surprisingly affordable and add a touch of texture and visual interest to a blank wall that may not be suitable to hang a picture or place a book case. 3D Wall Panels are just that – laser cut panels that come in a variety of patterns and can be finished in paint, polyurethane, or metallic. Liven up the stair well, a blank wall in an entry hall, or an island bench. A square panel fixed to the ceiling could also add some interest overhead.   [caption id="attachment_6227" align="aligncenter" width="690" class=" "] 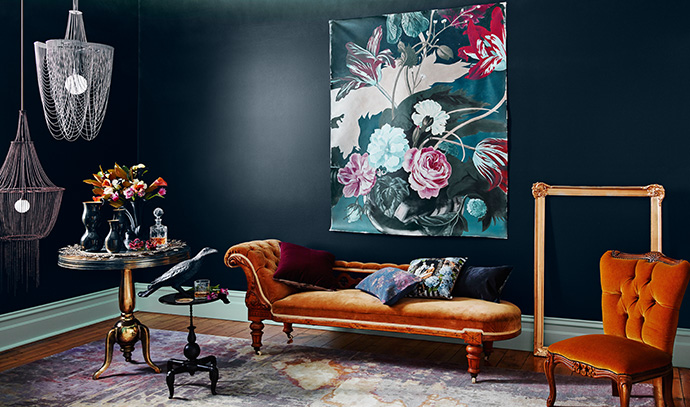 Add visual interest to a non-descript ceiling with a bold pain colour. Image courtesy of Dulux.[/caption]

Speaking of which.... The ceiling is a vast expanse that can seem even larger when it’s painted in traditional white. If it’s in a period house where it can be three metres off the floor, then the view above can be decidedly lifeless. You could, of course, opt for a fabulous pendant light feature, but if the ceiling is a little on the low side, or you have downlights installed, this may not be an option. However, a splash of colour is always an option. Obviously not a dark colour if you have an average height ceiling, but a quarter shade (or lighter) of your wall colour is a great way to give your room a lift, especially if you have a picture rail to break them up. Dulux promoted this concept to dramatic effect and, less dramatically, a Wattyl colour consultant encouraged me to use it in my period home. (We used a mid-olive green, with a quarter shade on the upper wall above the picture rails and ceiling, with a cool cream on the rails to break them up. This “lowered” the three metre ceilings and added to the visual interest of the room, as did…)   [caption id="attachment_6235" align="aligncenter" width="690" class=" "] 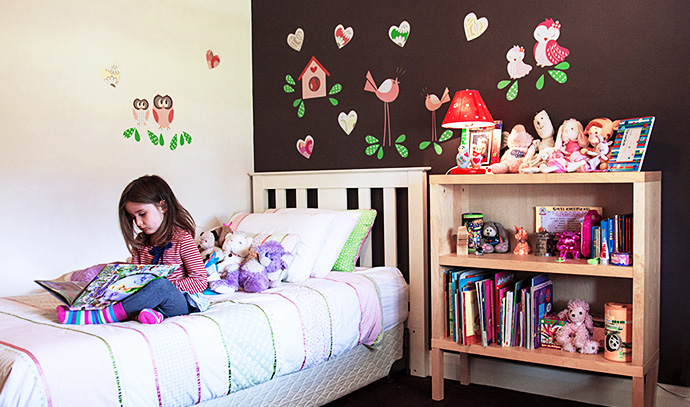 Quality wall stickers easily peel off and comes in all shapes, sizes and patterns. Image via The Wall Sticker Company.[/caption]

I can’t believe it’s not wallpaper!

Stay with me here! I’m not talking the stuff that’s messy to install and can only be removed with a steamer and lots of elbow grease. Removable wallpaper is where it’s at and it’s not just a repetitive pattern. We’re talking artworks. Images of the New York skyline. World maps. Graffiti. Even chalkboards. It peels off without damaging the wall and comes in all shapes and sizes. This makes it perfect to dress up those awkward corners. The Wall Sticker Company is just one of the companies that supply removable wallpaper.   Top image courtesy of 3D Wall Panels.
Back to top