Angie Thomas, July 2015
There are still plenty of cool days remaining for planting bare root roses. In warm areas there might even still be a few rose buds to enjoy. The main rosy job for July is pruning roses, except in really cold districts, where it’s best to wait till later in August to prune (after the danger of severe frosts has passed). Although you may love or loathe this job, roses respond well to pruning, and you’ll be rewarded with new canes and plentiful, larger blooms in spring. Our best advice is to have a go - roses are tough, forgiving plants - some of Australia’s best rose nurseries prune their display gardens using brush cutters, and their roses still bloom beautifully year after year! Use clean sharp secateurs, and prune just above an outward facing bud. For larger canes use a pair of long handled loppers or a pruning saw, removing the canes at the base. Don’t forget your heavy-duty gloves and protective clothing. [alert style="alert-danger" dismissable="false"] TIP: Don’t prune spring-only blooming roses such old fashioned, some climbing and Banksia roses - leave these until after they have put on their show and prune in late spring or early summer. [/alert] 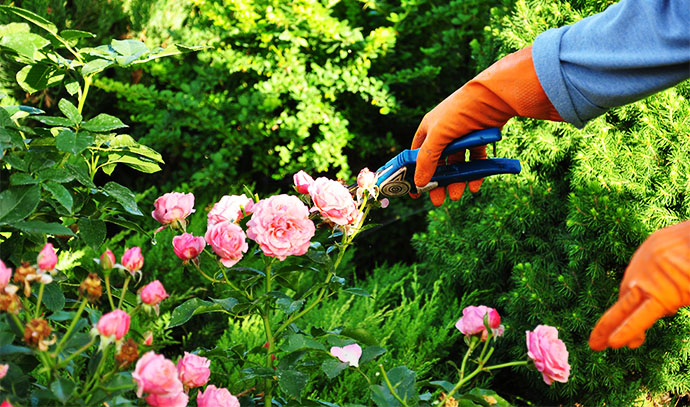 Ground cover roses are easy to prune- there’s no need for fussy pruning- just an overall cut back, using hedge shears, removing around half the growth and shortening any wayward canes. They’ll reshoot from the base, and along the shortened stems. In all areas July is a good time to do a winter clean up, with Yates Lime Sulfur.  Although it’s stinky (it smells a bit like rotten eggs), the smell lingers only a day or two but benefits last well into the growing season, cleaning up overwintering pests and diseases, and minimising the spread of fungal problems such as powdery mildew next season. Yates Lime Sulphur spray also helps to clean up scale on stems, and pests such as mites, which hide in bark crevices and under leaves.
Back to top