Bring back the birds with a native garden

Veda Dante, May 2015
When it comes to flora and fauna, we often only think of an individual species being in danger of extinction, but the reality is each individual species depends on a range of other species – a ‘community’ – for its food and shelter. [Above image courtesy of Dean Ingwersen]

Natural Resources manager James Mayson says that increased population, poor land management practice and pressure from land clearing and development has fragmented the original environment into small ‘islands’ or remnants where species are most vulnerable to weeds, pests and predators.

“By planting a native garden filled with local plants, you can help reverse this trend, connect the wildlife corridors and enhance the survival for many native species and their ecosystems,” he explains.

Dr Holly Parsons from Birds in Backyards agrees: “When combined, domestic gardens are one of the largest patches of vegetation left in manmade landscapes,” she says. “Therefore they have huge potential to be important bird conservation locations. However our gardens are not always friendly to birds as we often expose them to a wide range of potentially harmful disturbances and habitats that provide few resources.”

Factors such as plant shape, size, density and texture are just some of the elements birds require when foraging for food, nesting, and hiding from predators. 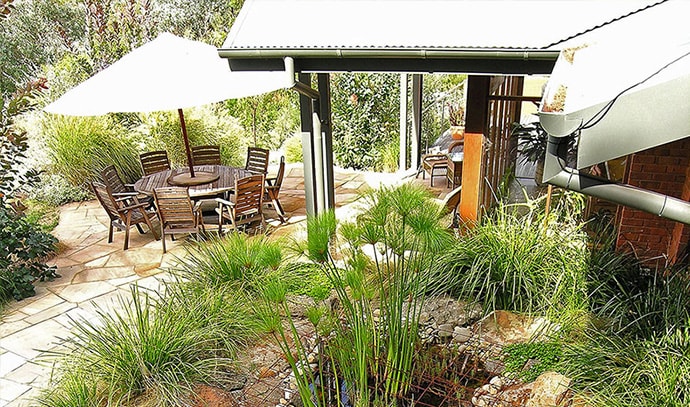 Photo by Jim Fogarty[/caption]   “Choose a variety of native plants, but don't buy only one of each,” Holly says. “Birds need variety but also they need enough of each type to make it worth their while visiting or, even better, moving in permanently. So it is better to plant many plants of a few species (e.g. five or more plants) than a few plants of lots of different species.” Holly also recommends selecting a mix of plants that provide a complex vertical structure from the ground up; trees, large, medium and small shrubs, and groundcovers such as grasses or ferns.   For Gardening Australia TV presenter Angus Stewart, the “cultural cringe that led us down the garden path of large lawns enclosed by shrubberies of camellias and azaleas” has long gone. “Australian plants are not only being used in greater numbers and variety, but are also being incorporated with considerable creativity into landscape designs from informal ‘bush’ gardens to highly structured formal gardens with tightly clipped hedges and borders,” he says.   [caption id="attachment_1800" align="alignnone" width="690"] 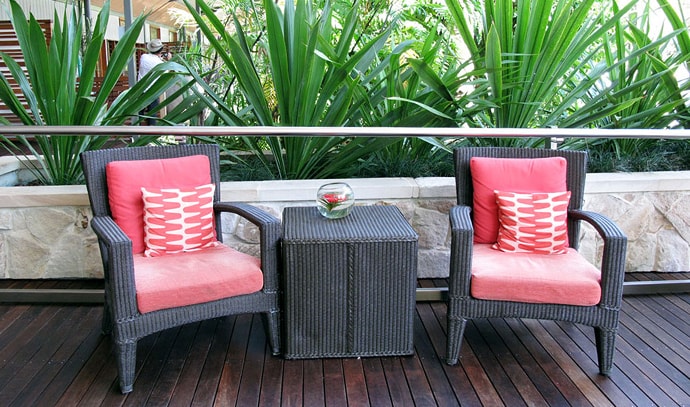 Photo by Veda Dante[/caption]   “Along with this greater experimentation in design with Australian plants, a much broader selection of wild species has been brought into cultivation. As these wild species have become more widely grown, improved genetic forms have inevitably appeared and been selected for propagation as new cultivars.” What this means for Australian gardeners is an abundance of beautiful plants to beautify their outdoor spaces and bring biodiversity back into their backyard.   Talk to your local nursery about species suitable for your suburb, or order online from one of the many specialist native plant retailers. Not only will your native garden create a haven for local wildlife but also you’ll be doing your bit for the environment, one seedling at a time.
Back to top