Get healthy with Meat Free Week

Veda Dante, September 2017
Meat Free Week (18th-24th September 2017) was founded by Australians Lainie Towner and Melissa Hobbs in 2013, in order to get people thinking and talking about meat consumption and production. Since that time the campaign has continued to grow in size and popularity locally and abroad, and now includes supporters in Canada, New Zealand, the United Kingdom and the United States. Eating meat isn’t necessarily bad, but eating too much has the potential for increased harm. Going meat free for one week creates a great opportunity to get you thinking about how much meat you eat and the impact eating too much meat may have on your body.   [caption id="" align="alignnone" width="690"] Reduce your risk of bowel cancer

The latest statistics released by the Australian Bureau of Agricultural and Resource Economics found that the average Australian now consumes 27.9kg of pork per year, more than double the 11.7kg in 1975. In addition, Aussies eat around 27.9kg of beef per person, per year. The World Health Organisation (WHO) has classified red meat – including, beef, veal, pork, lamb, mutton, horse, and goat – as “probably carcinogenic to humans”. WHO found an even stronger link between processed meat – such as salami and hotdogs, and bowel cancer. Studies conducted by the World Cancer Research Fund show bowel cancer risk increases by 17 per cent per 100g of red meat consumed per day and that bowel cancer risk increases by 18 per cent per 50g of processed meat consumed per day. To break it down, that's: Read more about how you can reduce your bowel cancer risk.   [caption id="" align="alignnone" width="690"] 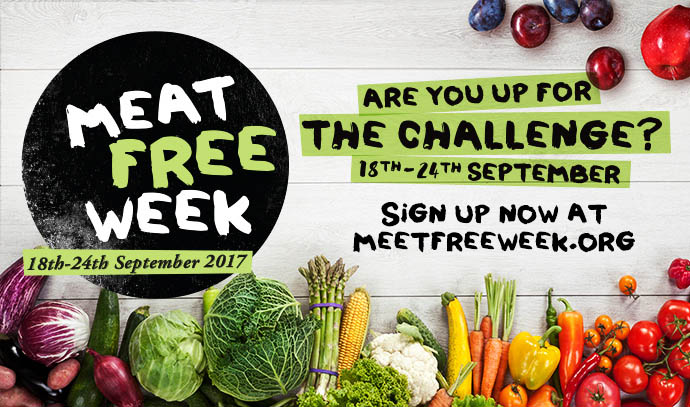 Don’t forget that it’s important to eat protein with every meal, to fill you up and ensure you have long-lasting energy.[/caption]

If you rely a little too much on meat for your night meals, then check out these nutritious and delicious vegetarian meals. Like most things in life, the greatest success comes from good planning so think about when you’ll most miss meat and replace it with one of those fabulous recipes. Don’t forget that it’s important to eat protein with every meal, to fill you up and ensure you have long-lasting energy. You can access protein from non-meat sources such as legumes, beans, tofu and tempeh. [alert dismissible="false" style="alert-at-home-inverse"]

If you missed the start of Meat Free Week, or don’t think you can manage a whole week without your steak or spag bol, then try a Meat Free Week-end on the September 23rd and 24th. [/alert]
Back to top